THE federal government has suspended taxpayer funding to a union charity after it was ­revealed a Palestinian organisation receiving aid employed a second member of a listed terrorist group.

Union Aid Abroad — APHEDA, which was set up by unions and has been run by federal Labor MPs including Ged Kearney, has received $21 million of public funds, millions of which has made its way to a Palestinian organisation called the MA’AN ­Development Centre. 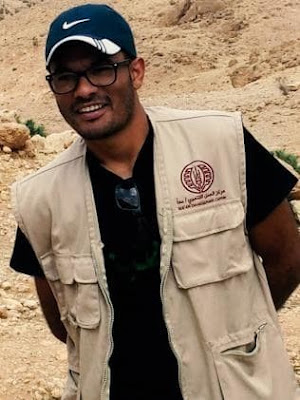 Hamza Zbiedat is a supporter and affiliate of terrorist organisation the PFLP and is employed by the MA’AN Development Centre which receives APHEDA funding.

The Daily Telegraph can reveal the MA’AN Development Centre is employing as a field and media co-ordinator, Hamza Zbiedat, who is a supporter and affiliate of terrorist organisation, the Popular Front for the Liberation of Palestine (PFLP).

The PFLP is on the official terror list of the US, the European Union and Canada, as a result of its history of hijacking of planes, assassinations and suicide bombings, while Australia has the group on its “Consolidated” list of organisations subject to financial sanctions as a result of terror and security threats.

Zbiedat, who was arrested by Palestinian Authority secu­rity forces on October 14, 2017, is the second PFLP affiliate employed the MA’AN Development Centre.

In June, The Daily Telegraph revealed the same org­anisation had employed since 2012 a leader of the PFLP in Gaza, Ahmad Abdullah Al Adine, 30, as their Project Co-ordinator and Field Monitor.


He was killed during the riots at the border of Gaza and Israel in May and he was hailed as a “martyr” at his ­funeral, which was attended by at least a dozen armed PFLP terrorists wearing balaclavas... 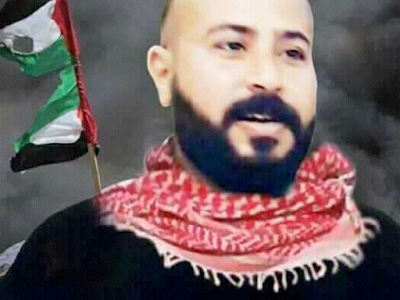 Ahmed Abdulla Al Adine, a leader of of terrorist organisation the PFLP, and was employed by the MA’AN Development Centre which receives APHEDA funding. He was shot by an Israeli sniper during the riots at the border of Gaza and Israel, on May 14, 2018. 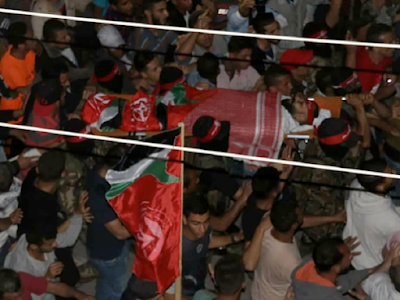 Ahmed Abdulla Al Adine’s body is carried during his burial as he was hailed as a “martyr”.
At least a dozen armed PFLP terrorists wearing balaclavas attended his funeral.

After being alerted to the evidence ...the government has now suspended all Australian funding to the Labor-aligned charity.

In June, former foreign minister Julie Bishop ann­ounced an audit into the funding, but did not suspend it.

But shown the evidence concerning a second current employee, Ms Bishop, in one of her final acts as foreign minister, halted funding to Union Aid Abroad — APHEDA.

“The former Foreign Minister initiated an audit of APHEDA’s Australian aid-funded program in the Palestinian Territories on 27 June. “The audit is due to be completed by the end of the year,” Foreign Minister Marise Payne’s spokesman said. “The former foreign minister suspended APHEDA’s Australian aid-funded programs in the Palestinian Territories until the audit is complete. “The Australian Government has zero tolerance of any diversion of aid funding from its stated development purpose.”

Union Aid Abroad — APHEDA’s executive officer Kate Lee did not respond to questions about whether she had made any moves to investigate links between MA’AN Development Centre’s staff and terror organisations since The Daily Telegraph’s first ­report in June.

Ms Lee would also not respond to questions about whether it was appropriate funds went to an organisation that employees leaders and affiliates of a terror group....

Posted by Steve Lieblich at 1:12 AM No comments: 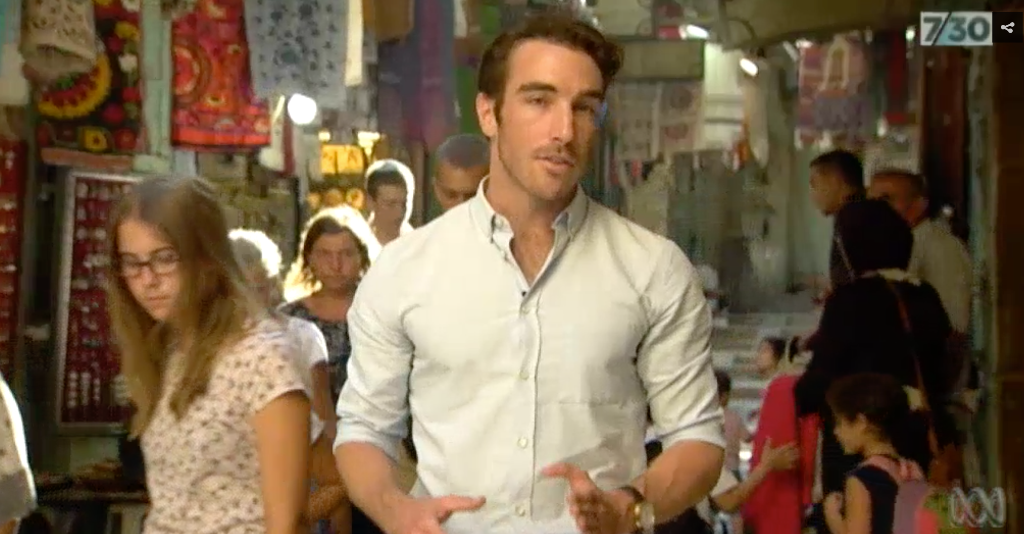 While the law is controversial, and is opposed by many Israelis of all religions and political persuasions, the report by “7.30” included some false statements and lacked context.

Sales also claimed, “The so-called nation-state law is the latest in a series of policies seeking to enshrine Jewish supremacy amidst a surge in ultra-nationalist sentiment.” The claim of “Jewish supremacy”, that Jews have more rights than other Israeli citizens, is simply incorrect – all Israeli citizens have equal rights. The claim about “ultra-nationalist sentiment” is also a skewed and inaccurate representation of the reality in Israel and an inappropriate attempt by the ABC to pass a subjective judgement on this and other recent Israeli laws.

Similarly, in his report, Sean Rubinsztein-Dunlop claims the law “defines Israel as exclusively the nation state of the Jewish people,” and says, “Under a divisive new law, these two Israeli citizens are no longer equals. Because Mira Awad is an Arab, Israel is officially no longer her nation.” This is patently untrue. All citizens of Israel, regardless of religion or ethnicity, have equal rights. There are other basic laws – Human Dignity and Liberty and Freedom of Occupation (meaning jobs) – which have equal standing and which guarantee the human rights and equality of all Israelis. Rubinsztein-Dunlop’s implication that this law supersedes all those other laws is simply incorrect.

Rubinsztein-Dunlop also states that the Nation State Law doesn’t contain the words “democracy” and “equality” in its definition of Israel, and while this is true, the Basic Law: Human Dignity and Liberty states, “The purpose of this Basic Law is to protect human dignity and liberty, in order to establish in a Basic Law the values of the State of Israel as a Jewish and democratic state,” and then applies its protections equally to all.

Rubinsztein-Dunlop states the law “puts Hebrew above Arabic as the only official language,” and while it is true that the law states, “The State’s language is Hebrew,” if Rubensztein-Dunlop wished to give the relevant context, he would have also noted that the law provides, “The Arabic language has a special status in the state; Regulating the use of Arabic in state institutions or by them will be set in law,” and that the clause making Hebrew the language of the state “does not harm the status given to the Arabic language before this law came into effect.”

It is also worth noting that all other Middle Eastern countries are specified in their constitutions or equivalent as Arabic or Islamic or both. In the Palestinian Authority, which demands that no Jews can live in any future Palestinian state, it’s both. In addition, many European and Asian countries have laws giving preferred status to the culture of the dominant ethnic group, religion or language, or defining the country by reference to them. Yet somehow it’s only when Israel, which the UN specifically established as a “Jewish state”, confirms that status that the ABC deems it worthy of a critical current affairs report.


“Yet again, we have the unfortunate situation where the ABC has failed to properly cover a complicated issue involving Israel. There have been both sins of commission, with false statements and mischaracterisations, and sins of omission, where context crucial to give viewers a full understanding of the issues was totally lacking. The Australian viewing public and taxpayers are entitled to expect far better from their ABC.”

AIJAC will be submitting a formal complaint.

Posted by Steve Lieblich at 9:26 PM No comments: