May 28 (28 Iyar) marks the 47th anniversary of the reunification of Jerusalem in the Six-Day War. 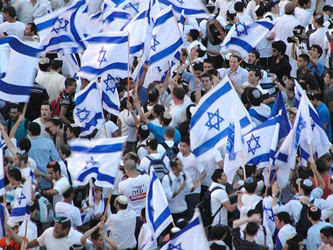 In honor of the occasion, the Jerusalem Center invites you
to enjoy and share the following resources on Jerusalem: 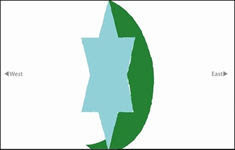 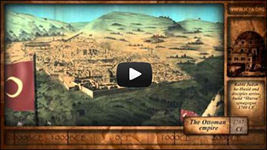 Click here to explore a panoramic view of the City of Jerusalem.

The "Al-Aksa Is in Danger" Libel: The History of a Lie 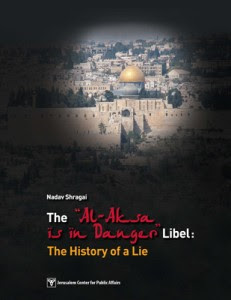 Jerusalem: Correcting the International Discourse - How the West Gets Jerusalem Wrong 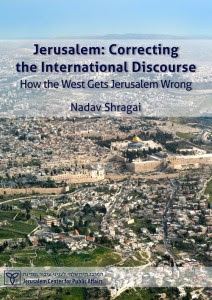 Posted by Steve Lieblich at 11:18 AM No comments:

We’re so used to seeing the Israeli-Palestinian peace process fail that we often overlook this simple question: How is it possible that so many can try so hard for so long and still fail to make any progress? How can it be that the United States, the most powerful country on Earth, has failed so royally, despite decades of making this conflict a top priority?

What I’m especially interested in is this: Why have the Palestinians, in particular, seemed so reluctant to make a deal?

As Ari Shavit wrote recently in Haaretz, “Twenty years of fruitless talks have led to nothing. There is no document that contains any real Palestinian concession with Abbas’ signature. None. There never was, and there never will be.”

Instead of criticizing this stubbornness, it’s more useful to try to understand it. As I see it, the Palestinians have internalized four “paralyzing narratives” that have prevented them from moving forward.

The first is that they see themselves as being unfairly punished for the great sin of the Europeans, the Holocaust. According to this narrative, the only reason for the creation of the State of Israel was to cure the European guilt for murdering Jews. There is no historical Jewish connection to the land, no centuries of Jewish yearning to return home to Zion.

In this narrative, Israel is simply a foreign transplant — a forced sovereign intrusion into Arab and Muslim lands.

The second paralyzing narrative is to see  Israel as a thief. The West Bank, Gaza and East Jerusalem are seen as Palestinian lands stolen by Israel in the war of 1967. Now, all that must happen is for Israel to return this stolen property.n this narrative, just showing up at negotiations is seen as a major concession. After all, why should the victim of a theft have to negotiate the return of his stolen property?

The third paralyzing narrative is a painful reversal of roles. For centuries, Jews living in Arab lands accepted their roles as dhimmis, or second-class citizens. That was the image of the Jew. Now, suddenly, with the creation of the State of Israel, Jews are in charge. This change is unacceptable. It creates cognitive dissonance and is a source of deep humiliation.

The fourth paralyzing narrative is also rooted in humiliation: envy and resentment over Israel’s enormous success. This resentment reinforces the pain of the previous narratives: “Here are people who were forced on us, who stole our land, who presume to be our superiors after centuries of being our subjects, and now, look how they have become so powerful and successful at our expense.”

While these narratives may paralyze any movement toward peace, they simultaneously speed up another process — that of demonization.

Demonization of the Jews helps reconcile the cognitive dissonance caused by the incredible success of the Jewish state. Only Jewish demons and Jewish conspiracies can explain this extraordinary transformation of the modern Jews of the Middle East.

Of course, the very process of demonization makes everything worse. The more Jews are demonized, the more the peace process is paralyzed.

Add it all up and you have a lot more than “obstacles” to peace. You have profound, fundamental reasons why Palestinians are so reluctant to accept what they call the “catastrophe” of Israel.

The tragedy is that even if Israel dismantled every settlement tonight, these narratives would not go away. The Palestinian conflict with the Jews is resistant to practical solutions because it’s not a practical problem.

It’s not an appendix that can be removed, but a chronic condition that cannot be cured. For all of Israel’s mistakes, no amount of positive gestures can relieve the emotional trauma that lies deep within the Palestinian psyche.

It doesn’t matter if these Palestinian narratives are accurate or not. What matters is that they have been nurtured as truth in mainstream Palestinian society.

Three generations of refugees who refuse to leave their refugee camps are the living symbol of this paralyzing, victim mindset.

Yet, however depressing this analysis is, it doesn't mean we should give up hope. The status quo is getting more and more untenable, and I have sympathy for those who keep searching for solutions.

That said, it doesn’t do us any good to ignore the underlying narratives that are eroding all hope. We ought to stop fooling ourselves into thinking that all it takes to resolve this conflict is hard work, determination and good faith.

That is also a paralyzing narrative.

Posted by Steve Lieblich at 9:14 PM No comments: