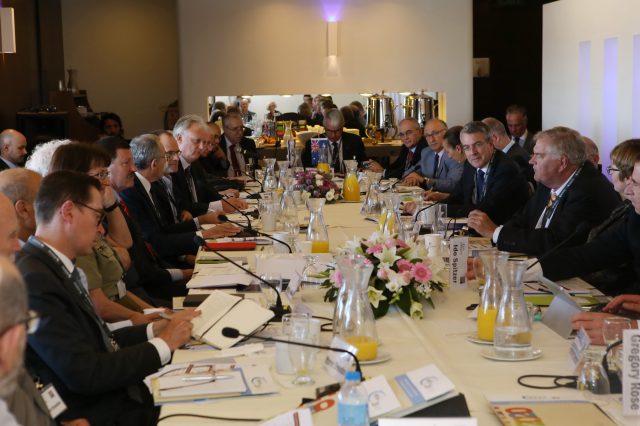 On 1 November, ASPI and the Begin–Sadat Centre for Strategic Studies met in Tel Aviv, Israel, at the third Be’er Sheva Dialogue to build on the work initiated at the first round, held in Israel in 2015, and the second meeting, held in Sydney last year.

The ASPI–BESA dialogue brings together experienced voices from Australia and Israel to share perspectives and analyses on common security challenges, while reflecting more broadly on the outlook for the relationship between the two countries.

Having participated in all three dialogues, I think it’s fair to say that the Be’er Sheva Dialogue (named after the 1917 battle in which the Australian Light Horse fought) has grown in stature. That’s evidenced by the number of high-level Australian and Israeli participants across government, parliament (from both sides of Australian politics), academia, think tanks, industry, the military and the intelligence communities. A number of Australian and Israeli delegates commented that the increasing maturity of the dialogue means there’s now a greater candour and depth to the discussions.

Prime Minister Malcolm Turnbull addressed this year’s dialogue. His audience also included many supporters of the Australia/Israel & Jewish Affairs Council, who’d made the journey to Beersheba to attend the commemoration of the centenary of the famous charge of the 4th Light Horse Brigade to capture the town on 31 October 1917.

Turnbull saluted the achievements that the dialogue had accomplished in a short time, identifying areas of collaboration in defence between Australia and Israel for their mutual benefit. The prime minister’s visit to Israel culminated in the signing of a memorandum of understanding on defence industry cooperation.

Australia and Israel also agreed during Turnbull’s visit that our respective defence officials will now hold annual discussions on strategic and security priorities. To date, there have been almost no high-level military exchanges between the two countries. There’ll also be a track 1.5 cyber dialogue held in Australia next year. These positive measures were suggested at the earlier Be’er Sheva dialogues and were set out in a joint paper produced last year by ASPI and BESA.

We’ve always been seen as friendly by Israel, although it’s rarely been a major focus of policy efforts in Jerusalem. While there’s a mutual recognition of shared values, there hasn’t been sufficient recognition given by either state to how each contributes to the other’s national interests. What both countries are now discovering through high-level visits and track 1.5 dialogues, such as the Be’er Sheva Dialogue, is that there are also lots of opportunities to enhance bilateral cooperation.

In a way, that’s hardly surprising. Both countries face challenges from Islamist extremism. Both countries’ militaries are focused on how to incorporate cyber capabilities into military operations. Both countries operate American equipment and both are close to major choke-points along maritime oil and trade routes, making maritime security an important component of national strategic policy. In air power, both countries have acquired the F-35.

On the cyber and innovation agenda, it was evident that Australia can learn a number of lessons from the Israeli cybersecurity success story, particularly in start-ups and skills development. But we need to be mindful that the Israeli experience may not directly translate to Australia: much of Israel’s success stems from compulsory military service and the unique cybersecurity skills nursery that the Israeli Defence Force provides.

In an interesting aside, one delegate noted that Australia is benefiting from Israeli technology in our almond industry. Significant investments here are safeguarded by Israeli sensors in orchards that tell what the trees need, such as water and fertiliser, making this an unusual cybersecurity issue.

Areas noted for possible future joint exploration were how both sides can counter the soft-power threats to liberal democracies and how to leverage social media monitoring for indicators of radicalisation or intended terrorist acts. It was also clear from our discussions that there are prospects for further joint exchanges on how we can share experiences of hybrid threats and what they mean for the battle space, as well trends in military innovation, specifically unmanned aerial vehicles, force protection and missile defence. There was a strong interest in sharing lessons on how to protect the gas industry at sea.

Australia and Israel should identify the conditions for closer practical collaboration in cyber industries with security applications. Israeli government agencies work closely with their cyber industry. Australia can learn a lot from the Israelis on how to build trust and achieve a common purpose between government and the private sector.

The discussions about China, particularly on critical infrastructure investment in Israel (China is building key Israeli ports and Chinese military vessels have visited Haifa), suggest there’s an opportunity for greater exploration between the two nations on the role of China and foreign investment.

In defence, consideration might be given to undertaking a small-scale joint Australia–Israel military exercise in the coming year in an area of mutual interest. The announcement of defence exchange between officials is very positive, and consideration should be given in the near future to having a regular ministerial-level dialogue.

On international policy, our discussions showed that there’s potential for looking beyond bilateralism and mapping possible structures for discreet multi-party consultations (for example, with India, which Israel is forging closer relations with).

The third Be’er Sheva Dialogue again underlined how each state can contribute to the other’s security interests.
Posted by Steve Lieblich at 12:48 AM No comments:

From The Australian, 31 Oct 2017, by The Hon Malcolm Turnbull MP, Prime Minister of Australia: 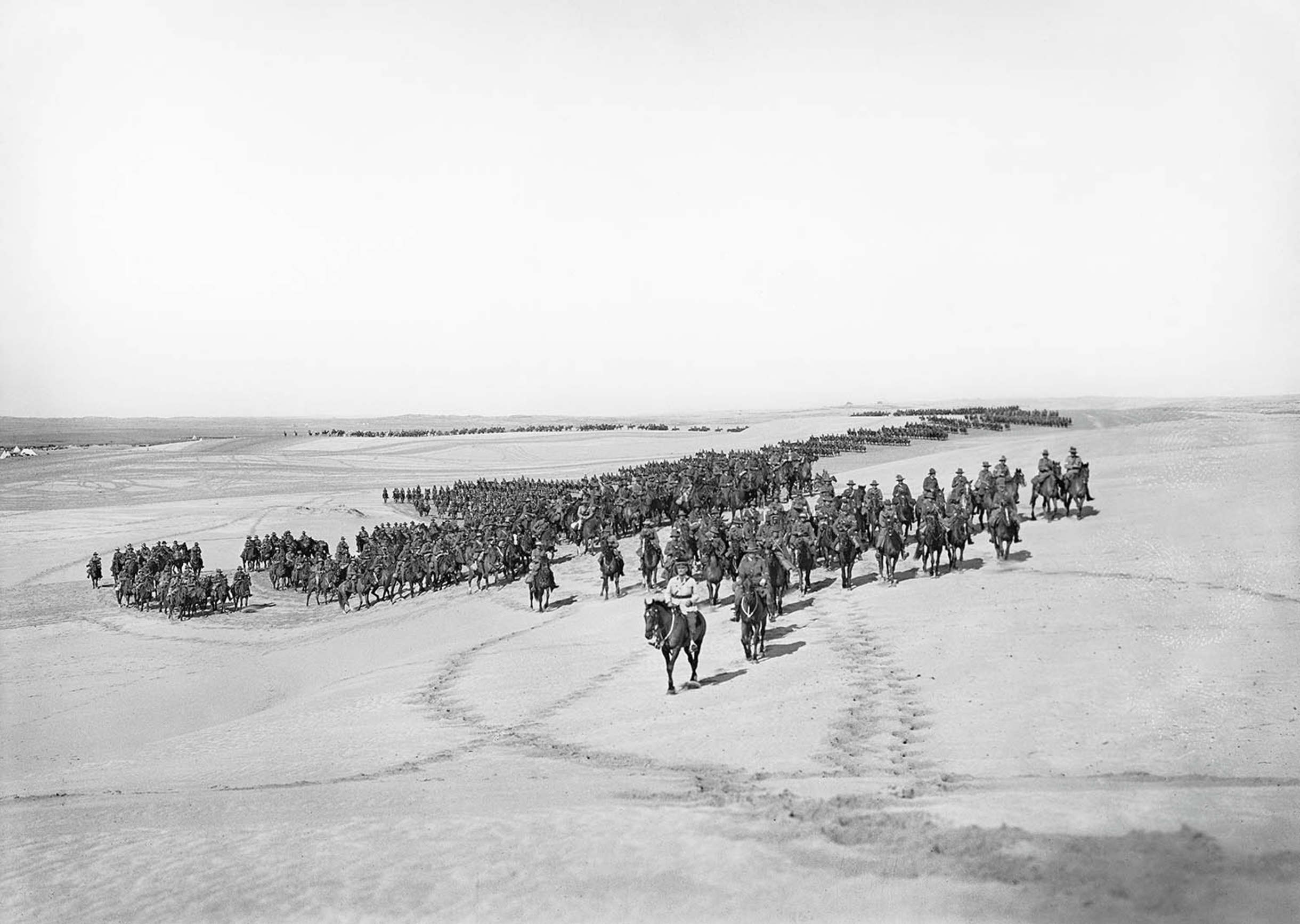 THE CHARGE of the Australian Light Horse at Beersheba has inspired Australians for generations.

The veterans of the charge re-enacted it in Charles Chauvel’s 1940 movie Forty Thousand Horsemen—a confidence booster for a beleaguered nation at war.

As a young boy at boarding school in the early ’60s I watched it again and again—we all imagined ourselves spurring our horses through the Ottoman fire, leaping across the trenches and onward to victory.

Where so many armies had marched and charged before, it was one of the last great cavalry charges, an act of bravery that has echoed through the century since; an against-the-odds victory that broke the Ottoman lines and spurred the Allied forces on to Jerusalem.

The charge itself was an astonishing achievement. At dusk on October 31, 1917, Brigadier General William Grant gave the 800 Australians of the 4th Light Horse Brigade their orders: “Men, you’re fighting for water. Use your bayonets as swords. I wish you the best of luck.”

The cavalry began with a trot, accelerated to a canter and then to a gallop across 6km of open country outside Beersheba, under ferocious fire from well-entrenched Ottoman defenders.
Trooper Edward Dengate recorded the desperate charge. “We spurred our horses… the bullets got thicker… three or four horses came down, others with no riders on kept going, the saddles splashed with blood.”

Brutal hand-to-hand combat followed and 31 Australians were killed. But the 4th Light Horse Brigade prevailed. They had defeated an Ottoman force five times their size, and taken Beersheba and its vital water supply with it.

Just weeks later, the Australians marched with General Allenby into Jerusalem, while in London the Balfour Declaration was signed, paving the way for the creation of the modern state of Israel.

A century on, the city of Be’er Sheva is an oasis of technology and great practical ideas—a shining example of the best attributes of Israel and the Israeli people—ingenuity, resilience, and hard work.

Today, Australia and Israel share these values. We have an unbreakable bond that is only getting stronger. As we honour the memory and sacrifice of the Anzacs of 1917, we are determined to strengthen the ties between our two nations in 2017, and in the years to come.


Posted by Steve Lieblich at 2:09 AM No comments: